You are here: Home / Kipland Howard 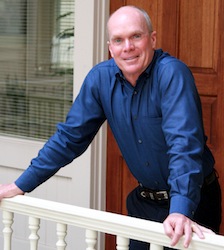 Kipland Howard is Founder and President of Allegis Development Services, Inc. In 1989, he formed Allegis as a resource for owners and municipalities who required high-end development services but didn’t want to sacrifice property equity in the process.

With over 35 years experience in all facets of real estate development; which includes architecture, construction, finance, and project management; Howard is able to offer a full range of development services to Southern California property owners. During Allegis’s tenure, Howard has overseen over three billion dollars of commercial real estate development including such notable projects as The Hilton San Diego Bayfront Hotel, ResMed Corporate Headquarters, Park Hyatt Aviara Hotel, and the Chula Vista Civic Center and Police Headquarters, to name a few.

The depth of Howard’s knowledge is instrumental in providing the well-orchestrated management necessary for a successful project: He has been a licensed architect since 1980, holds a B-1 contractor’s license, and Allegis is a certified small business enterprise.

Prior to Allegis, Howard was the Director of Architecture, then President and CEO of Torrey Enterprises, where he was responsible for developing more than $500 million in commercial and residential properties including downtown San Diego landmarks such as the First National Bank building, Marriott Hotel, and Hyatt Regency.

Howard holds a degree in Architecture from the University of Tennessee.